Do you ever get songs popping into your head? Not the last one you heard on the radio before you walked out the door or got out of the car, with its annoying habit of running through your head for the rest of the day, but one that you haven’t thought about for years. Perhaps it was part of your childhood, some show you were once in or maybe the memory of where you learned it has completely disappeared. I had that experience the other week when I suddenly found myself humming:

I think it is a song from my days in the Brownies and those of you who know it, will remember how by its repetitions, one has to co-ordinate increasing numbers of imaginary fans held by arms, legs and mouth, until all becomes chaos.

So what brought that song to mind? Of course we have pictures in our collections showing fans which could have been the prompt:

A qilin is an auspicious mythological hybrid creature with two horns and a bushy tail. This print could have been a gift for young brides.

But it wasn’t a picture of a fan that started me humming. It was a letter that I found in the archive about a ship sailing from China with a cargo, not of tea, but of raw silk. 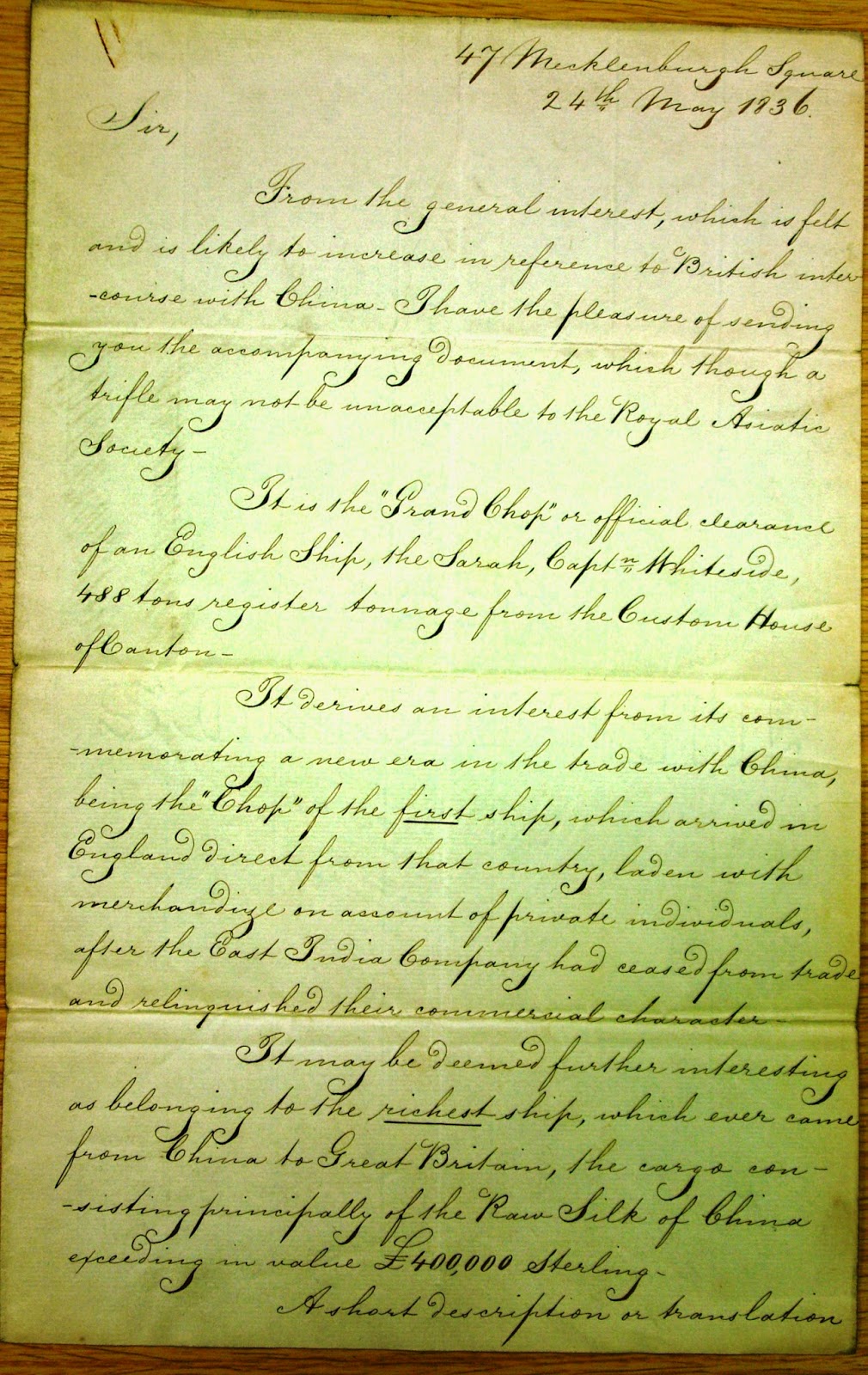 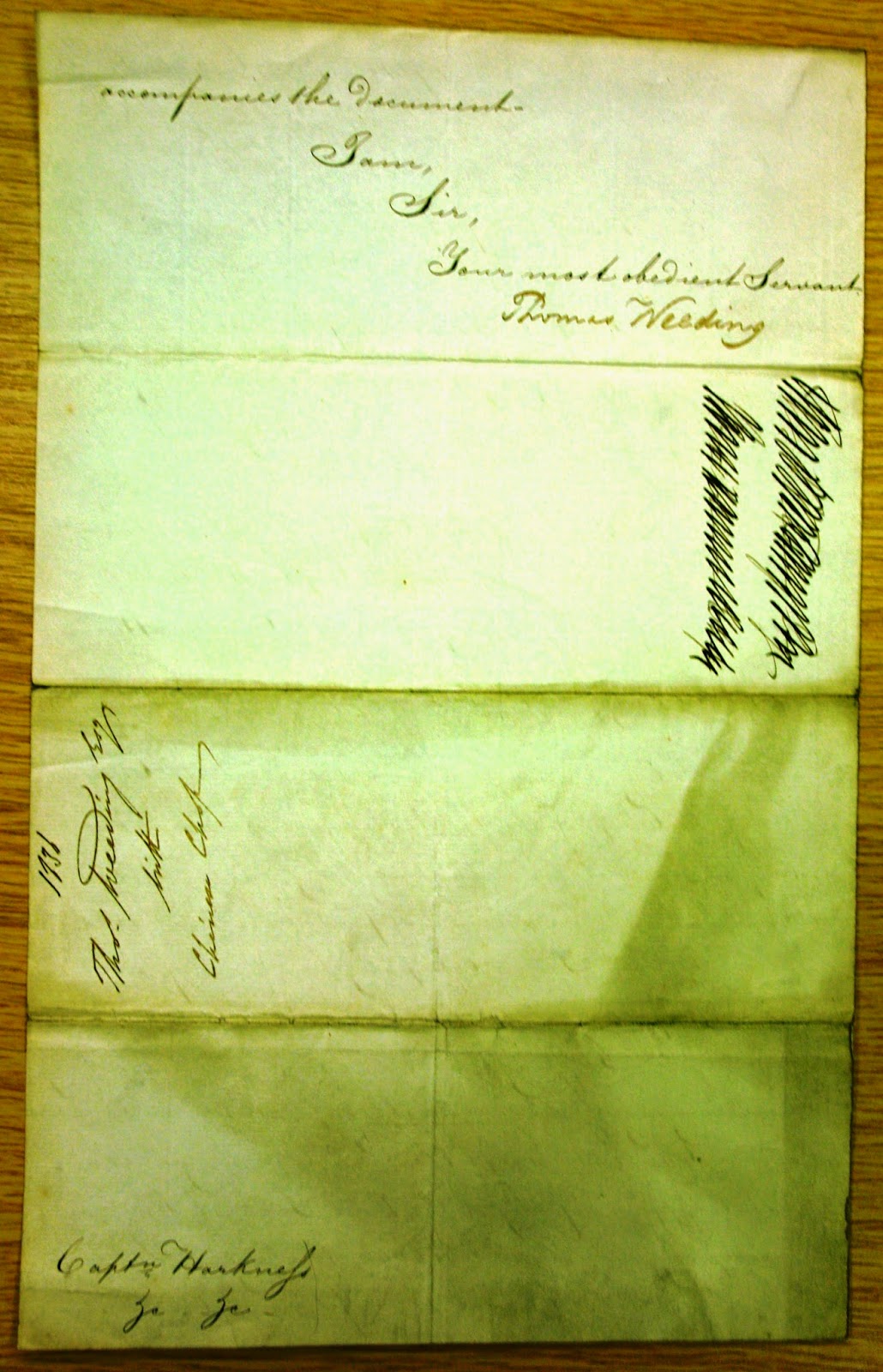 The letter is to Captain Harkness, Secretary of the RAS, from Thomas Weeding who wishes to donate the Grand Chop from his ship, Sarah, which was the first independent commercial ship to dock in London from Canton. Its cargo of silk fetched £400,000 in 1836 – bountiful trade indeed. He sent, not only the Grand Chop but also a translation. 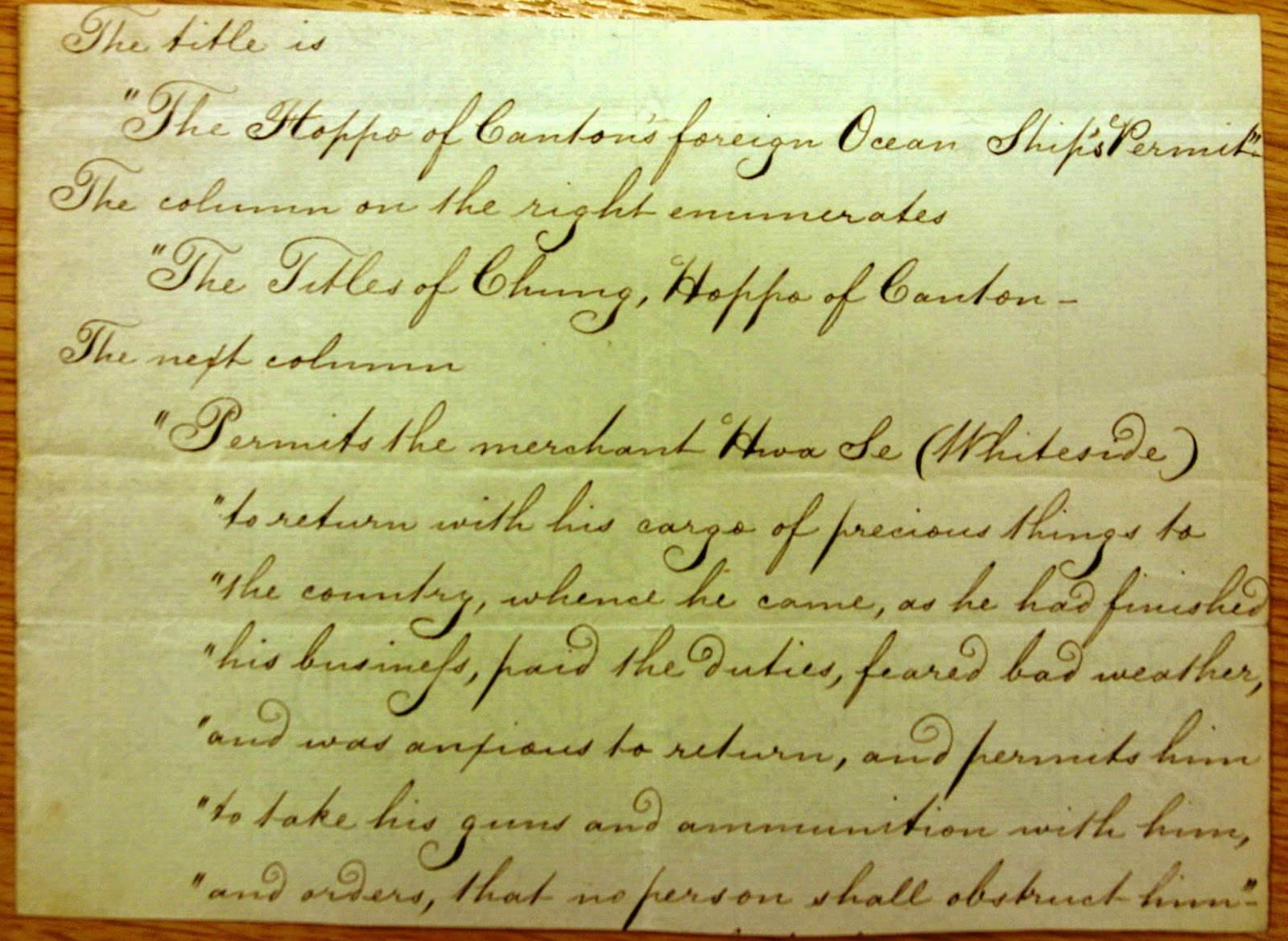 Whether we still have the Grand Chop, I have yet to find out. With the letter were several Chinese documents but it was not clear that any of them are the Grand Chop itself. However, this letter and my consequent humming enticed my creative juices, so here is a draft of a poem based upon the letter:

My Ship Sailed from China with a Cargo of
silk, raw silk, the first ship to arrive in London
since the East India Company relinquished its hold.
And I, merchant of commodities in the eastern territories,
joint owner of Sarah, commemorate this inaugural venture,
harbinger of a bountiful trade (£400,000 at sale),
by presenting to The Royal Asiatic Society
her Grand Chop document from the Canton Custom House.
For further comprehension, I append an analytical description.
Your most obedient servant,
Thomas Weeding (MRAS)
24thMay, 1836
Share:

Join the discussion and tell us your opinion.

What a wonderful letter to see.
My relative was Thomas Weeding and I am currently researching the ship Sarah. The ship at one time was part owned by William Jardine. Unfortunately most Jardine-Matheson sites (Wikipedia for one) assume that because the Sarah was the first ship to leave China after the EIC lost their monopoly, that the Sarah was carrying a cargo of tea, so this letter confirms my earlier thoughts that she was infact carrying Raw Silk.
Would love to find and see the original Chop if it ever comes to hand.
John Goold, Tasmania, Australia. (johntgoold@gmail.com)