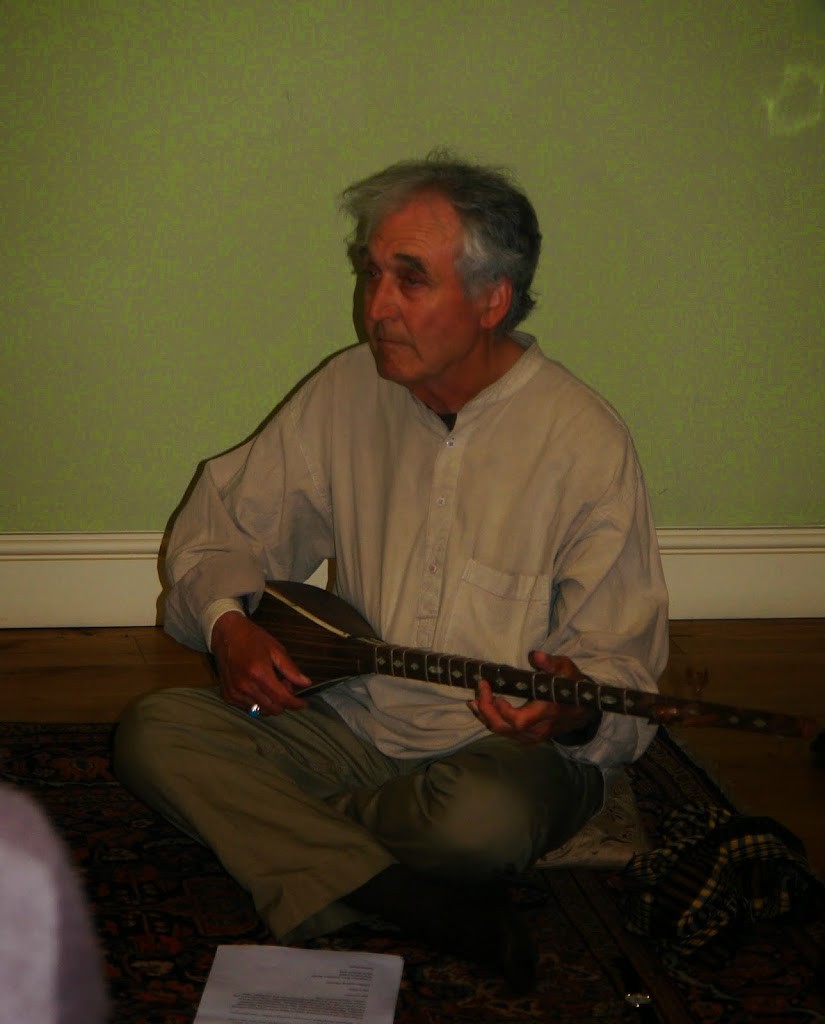 On Tuesday May 19th we were treated to a delightful repertoire of Afghan music, played by Veronica Doubleday and John Baily. Veronica sang a medley of love, wedding and Sufi spiritual songs accompanied by her own playing of the frame drum and John on the dutar.

Veronica took time to explain the lyrics of the songs so we could all have insight into their poetry and themes. It made me wonder what connected things we might hold in the archives:

The photographs, above, show the beginning of a document called Introduction on the Elements of the Afghan Language. This handwritten document was found with a Pushto-Persian dictionary (Persian MS Codrington 222) which was presented to the RAS by Charles Elliott on March 5th, 1831. This could have either been father, Charles Elliott, or son, Charles Boileau Elliott, both of whom worked for the East India Company. It was probably the former as the donations book list the benefactor as Charles Elliott and among his gifts are letters from Charles Boileau Elliott.

This document thus predates 1831 but further research will be needed to discover if it was written by either Elliott.

Some of the music on Tuesday evening was from the Sufi mysticism tradition. In the archive we have our own Sufi mystery:

This bound notebook contains an Arabic commentary on Sufism.

The book has within it a couple of labels with some identifiers: “Shaikh-ul-Islam” and “Shaikh-I-Waqaia” and state that it was copied in 1802. But a label has the added words “To be identified”. So if you would relish the challenge, please don’t hesitate to get in touch.