On Thursday, March 12th at 6pm we welcome Dr Chi-kwan Mark, Senior Lecturer in International History at Royal Holloway, University of London, to speak on Not for (Re)turning: Margaret Thatcher and the Anglo-Chinese Negotiations over the Future of Hong Kong. 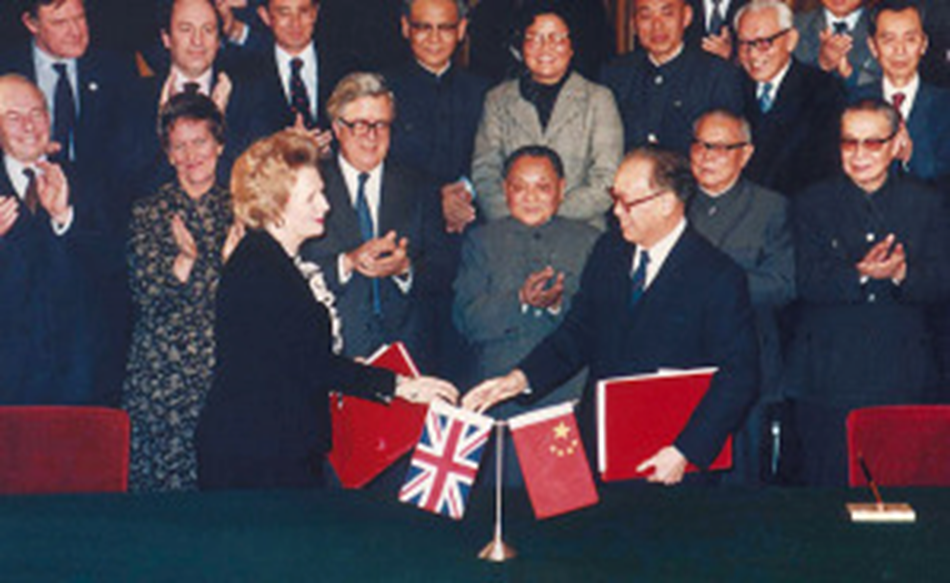 In 1982 Margaret Thatcher visited China to discuss with Deng Xiaoping the future of Hong Kong. Drawing on the newly declassified British documents, this paper outlines the Anglo-Chinese negotiations over Hong Kong between Thatcher’s visit and the signing of the Sino-British Joint Declaration in December 1984, with a focus on the changing negotiating aims of the Thatcher government. It argues that it was her strong belief in free market capitalism, or ‘Thatcherism’, that explained why Thatcher was so determined to retain Hong Kong in 1982.

After two years of tough negotiations, the Iron Lady, who prided herself on being ‘not for turning’, could not but agree to China’s resumption of  sovereignty and administration over Hong Kong in 1997. Thatcher was satisfied that the Joint Declaration stipulated the maintenance of Hong Kong’s capitalist system after 1997. Here was a detailed and binding agreement that was acceptable to the people of Hong Kong, who would otherwise demand the right of abode in the United Kingdom and provoke Parliamentary debates on nationality and immigration law.

This lecture forms part of the RAS Lecture Series and will be followed by the RAS Anniversary Dinner.

However, the RAS are also delighted to announce two additional lectures to their normal programme. On successive days, Tuesday 26th and Wednesday 27th May, Sonja Arntzen, Professor Emerita of East Asian Studies, and Richard Lynn, Professor Emeritus of Chinese Thought and Literature, both from the University of Toronto will give public lectures at the Society.

Professor Arntzen will talk about a new translation of the Sarashina nikki that she has co-authored with Professor Moriyuki Itō of Gakushūin Women’s University. The Sarashina Diary: A Woman’s Life in Eleventh-Century Japan (Columbia University Press, 2014) recounts the life of Japanese noblewoman over a forty-year period, offers a portrait of the writer as reader, and explores the power of reading to shape one’s expectations and aspirations in life. This talk will discuss the diary itself and the rather unusual process of collaboration that produced the translation and study. 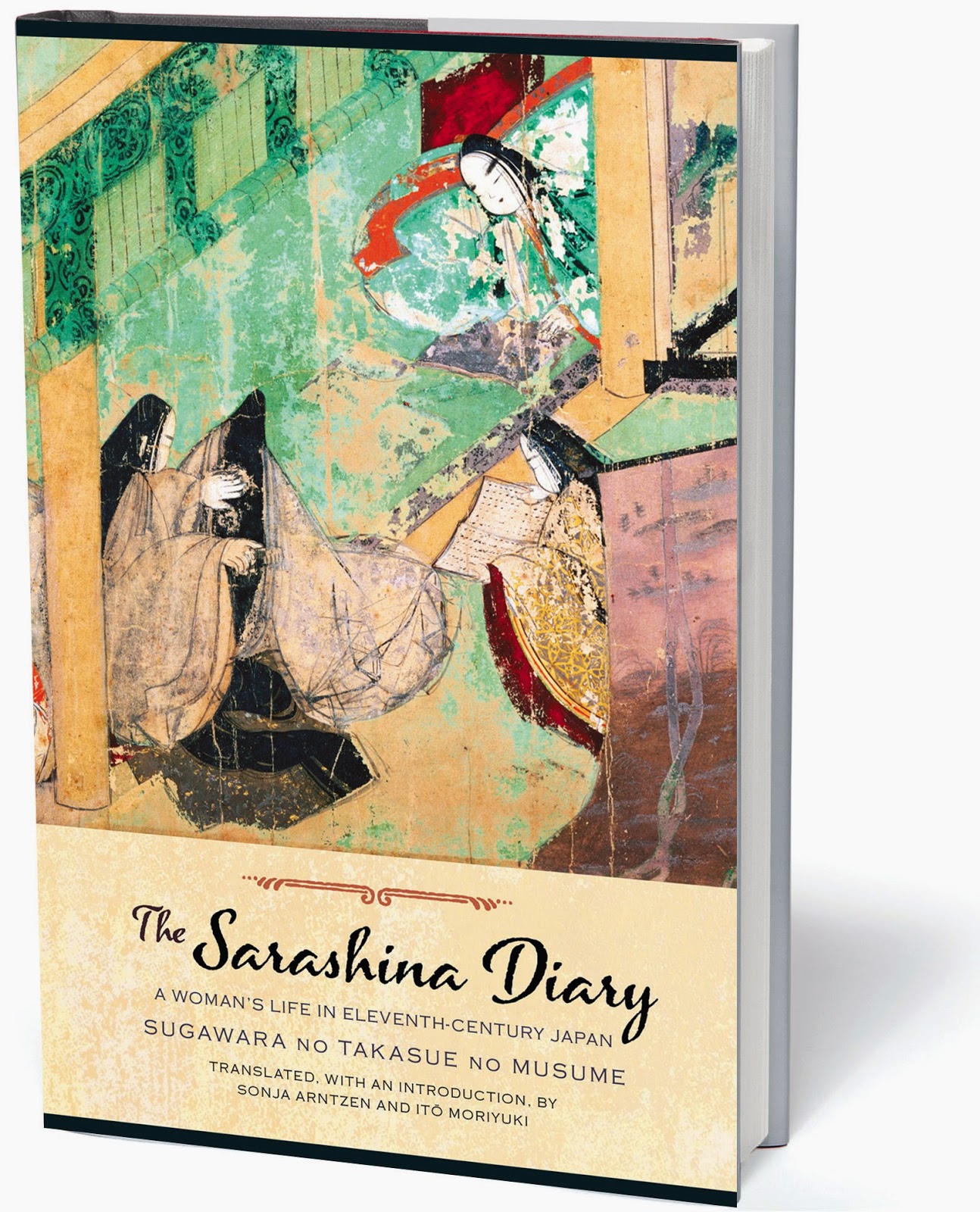 Professor Lynn will lecture on Early Reception of the Zhuangzi in the West which has a long history prior to the first translations by Balfour (1881) and Giles (1889) and should be studied in the context of 17th and 18thcenturies European encounter with South and East Asian religions—Hinduism, Buddhism, Confucianism, and Daoism, a religio-cultural experience that profoundly shaped the development of modern Orientalism before imperialist ambitions and commercial greed compromised what had originally been essentially a search to expand Western religious perspectives on God, creation, and the individual soul.

Key players in this process, especially for the encounter with Chinese traditions, were members of the Jesuit mission to Peking. The majority of the Jesuit fathers attempted a Chinese-Christian synthesis based on accommodation to Chinese culture and figurist readings of the Confucian classics, especially the Classic of Changes, the Daodejing, and, to a lesser extent, the Zhuangzi, Liezi, and Huainanzi.

The writings of Joseph-Henri Prémare and Jean-François Foucquet in particular will be examined, as well as those of a coterie of 18thcentury intellectuals, secular devotees of Christian mysticism associated with the “Quietism” movement, influenced directly or indirectly by the Jesuits, which included Andrew Michael Ramsay and Jeanne Marie Bouvier de la Motte, as well as deists such as Voltaire and Diderot.  The 18th century translation of the short story “Zhuang Zhou Drums on a Bowl and Attains the Great Dao” by the late Ming writer Feng Menglong deserves attention, for it did much to introduce the name “Zhuangzi” [Tchouang-Tse] to the West. 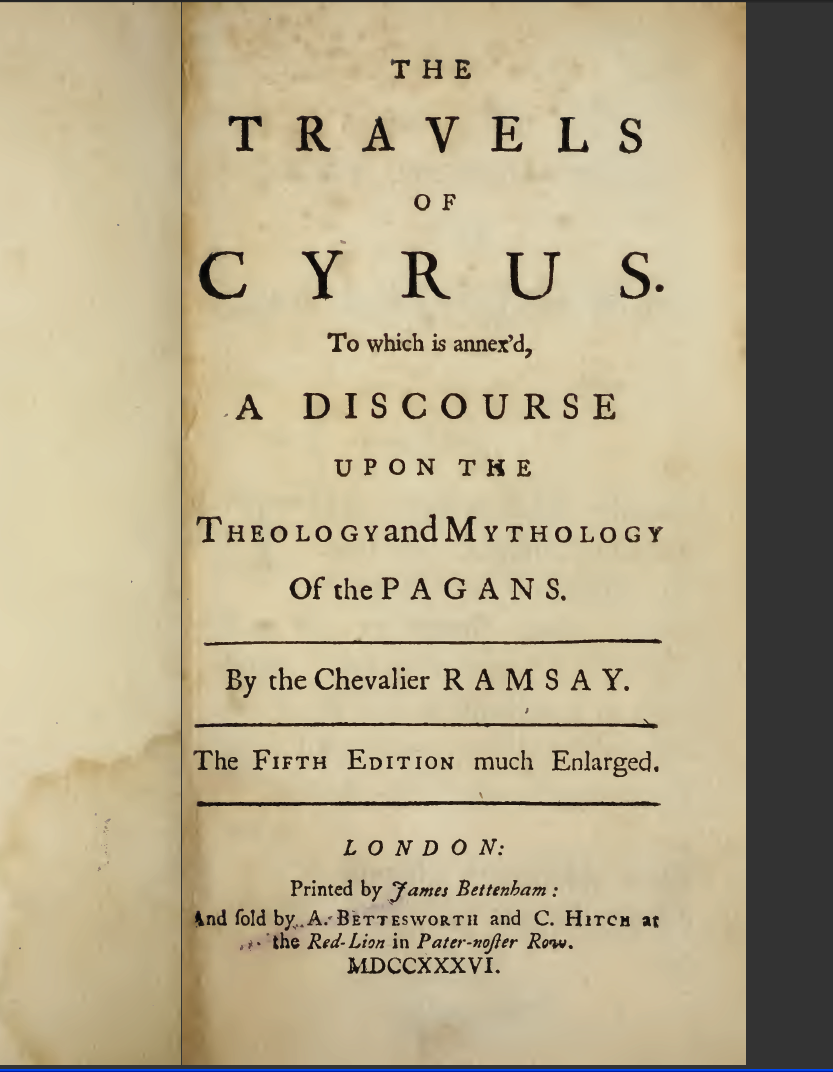 We are delighted to be able to welcome these two eminent speakers to the RAS and look forward to their forthcoming lectures.