Burma, James Low, Tennasserim, Thailand
Within the RAS Art Collections are a series of pictures created both by James Low and a Chinese or Thai artist, Boon Khan. They are pencil, pen-and-ink, and watercolour drawings depicting scenes from Thailand and Burma. Within the Head catalogue describing the RAS Collections, Raymond Head describes how these pictures were intended for James Low’s “History of Tennasserim” some sections of which were published within the Journal of the RAS between 1835 and 1838. However, Head suggests, few of the pictures were actually used. Here are a sample of them: 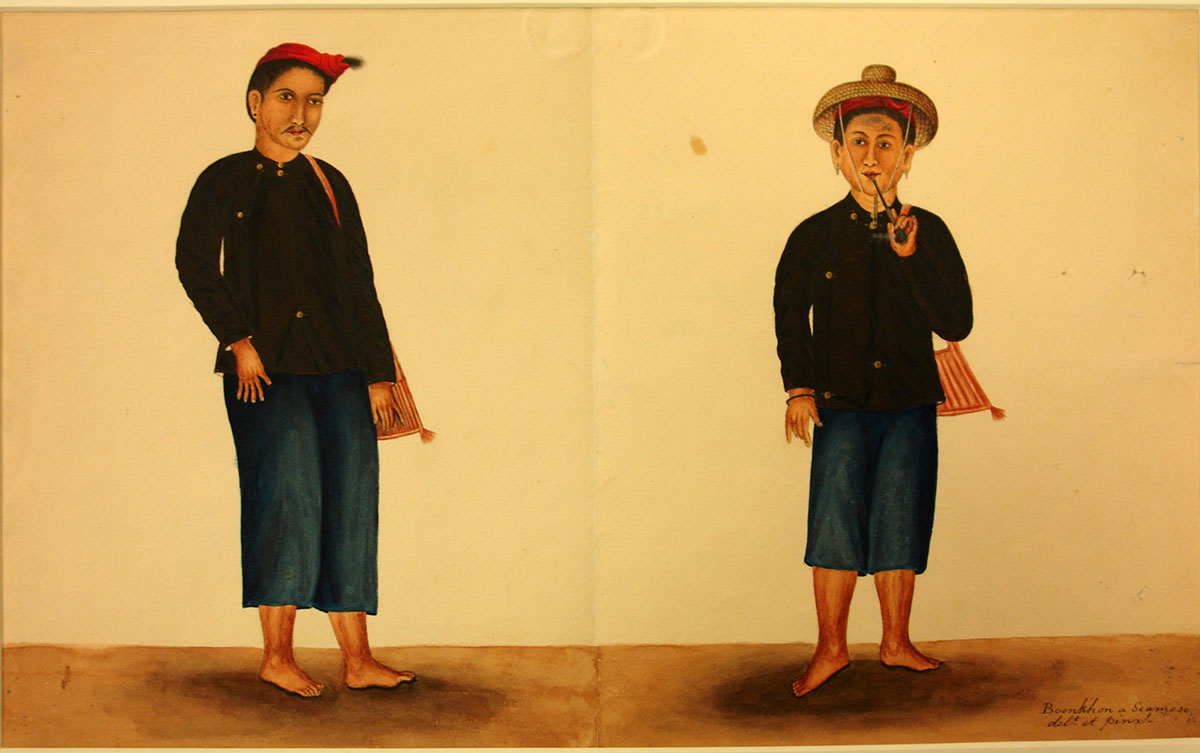 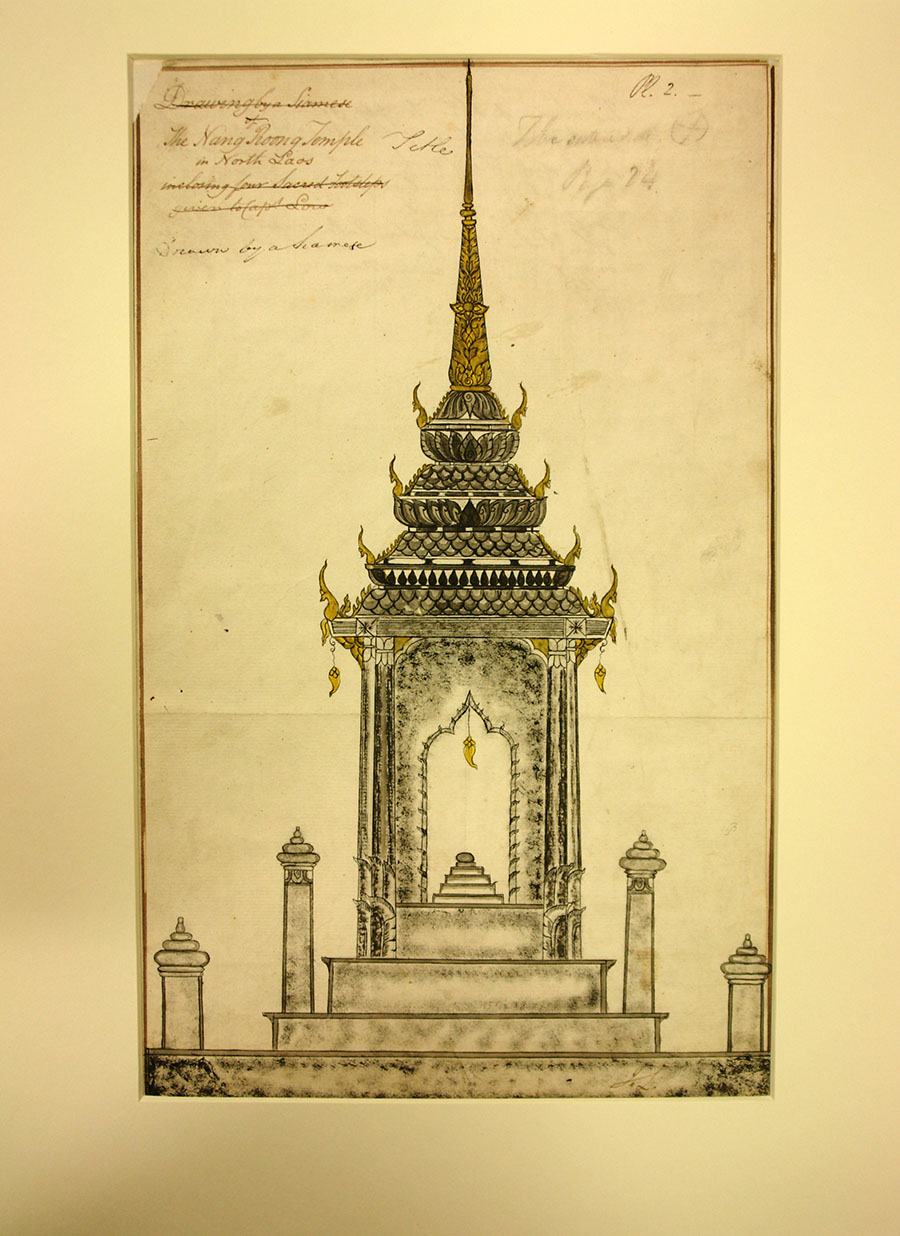 As I opened the box of pictures to photograph them to illustrate this blog I discovered a manuscript. This was one I hadn’t previously listed or known of its existence. It is the “Journal of a Mission to some of the Lower Provinces of Siam by Lt. Col. James Low in 1824”, a handwritten document, with many changes, crossings-out and other annotations presumably written by Low himself as he went on this early journey to Siam. Here are some of the pages: 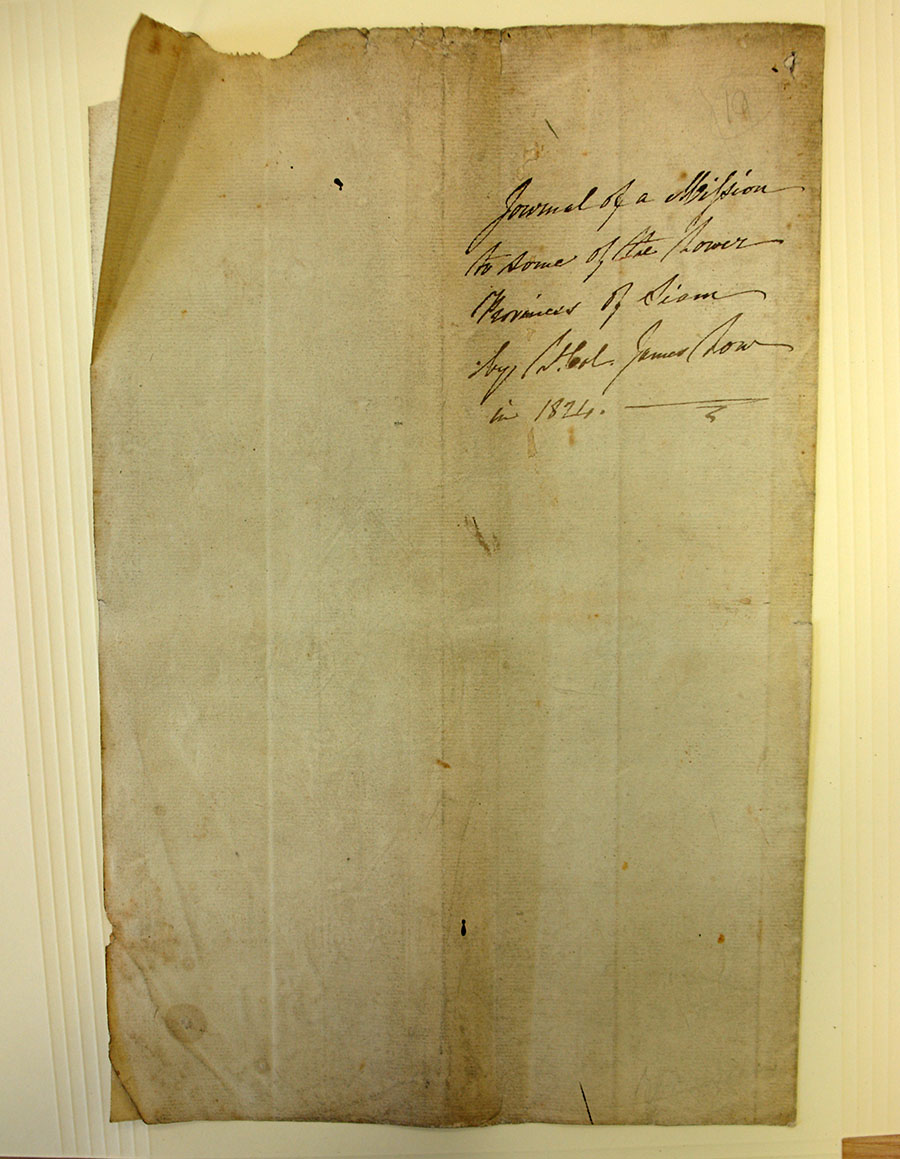 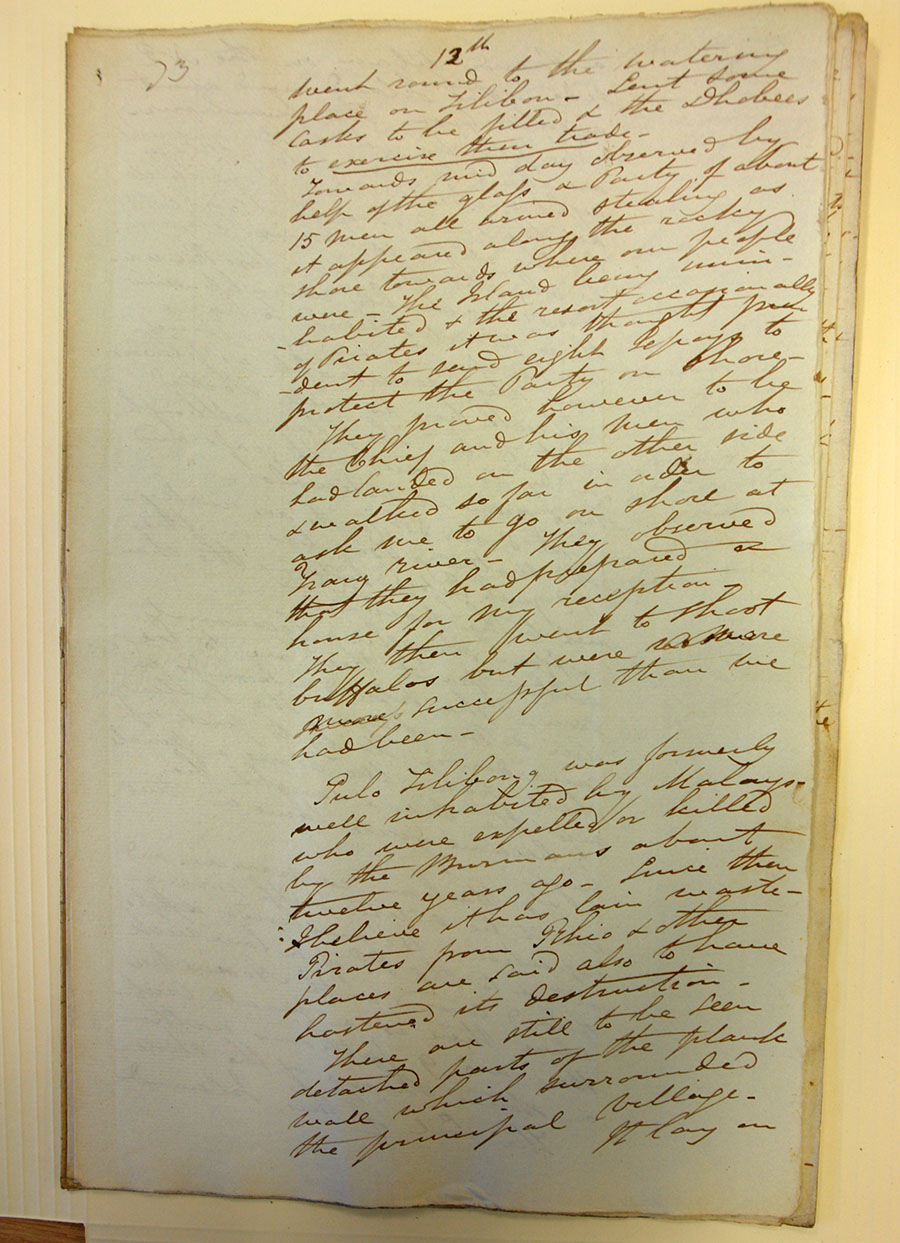 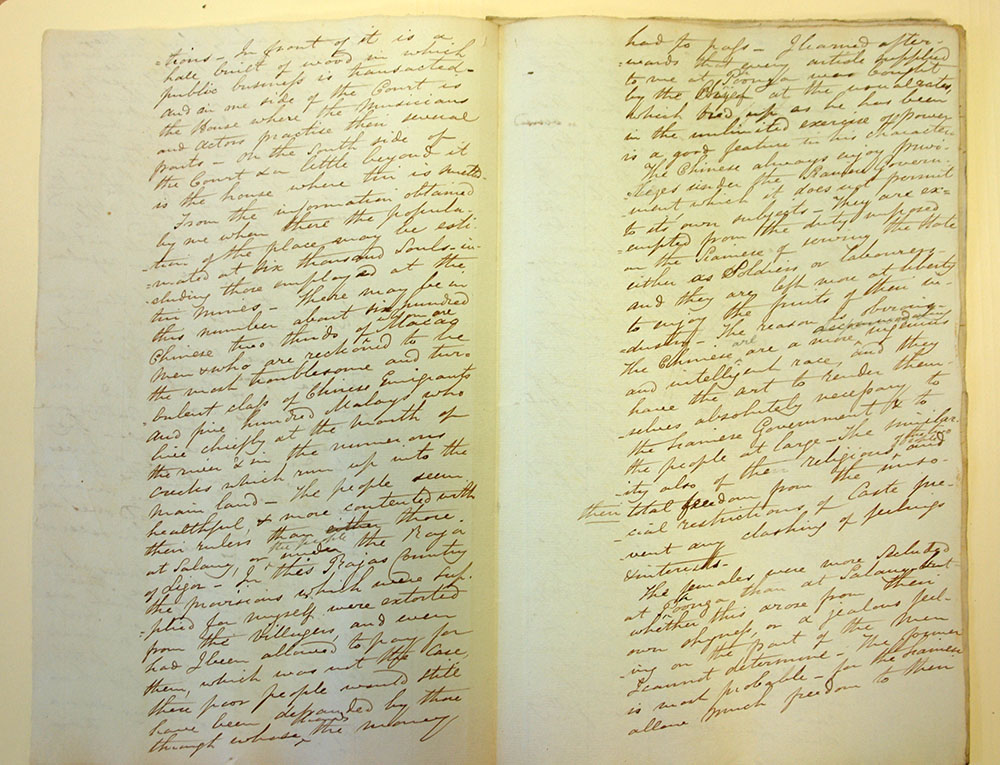 His title page is a good example of how rough a draft is this version of his Journal: 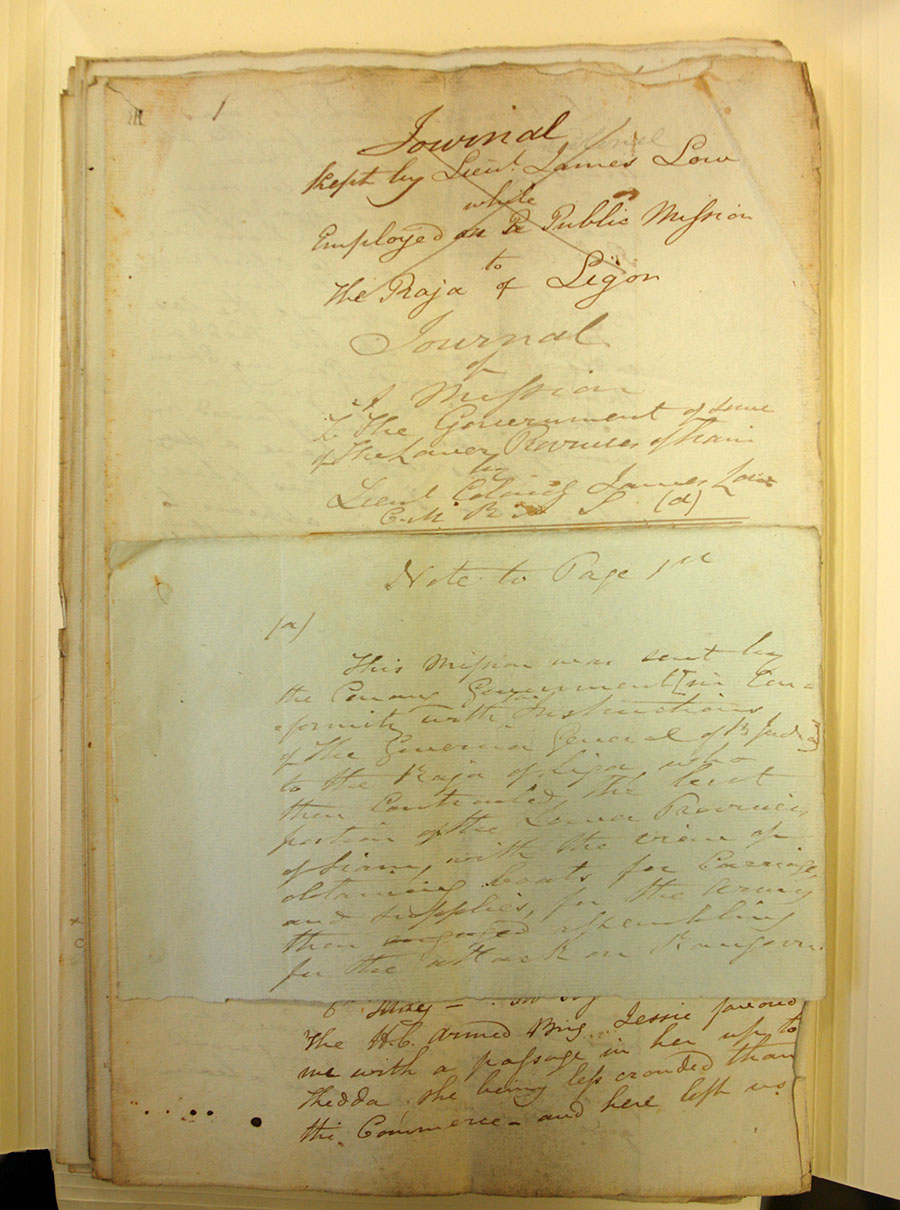 His original title is crossed out and reworded and a further note has been appended to be inserted into the text. . Within the report we learn, among other things, about his commission, his travels by boat, the weather conditions, geological formations, towns and customs, all told through daily entries. It would be fascinating to have the whole document transcribed. (Any volunteers?) It appears from searching on the Internet that Anthony Farrington produced an edition of Low’s Mission to Southern Siam, 1824″ in 2007 but, as yet, I have been unable to determine whether this is taken from this document or from another one. I have now cleaned, repackaged and put this document with the other early RAS Archives.
It would appear from the Annual Report of the RAS for 1835 that this is not the only manuscript that Low donated to the Society. He also donated “a voluminous manuscript account of Tennasserim, drawn up by himself during his residence in that country”. This is the manuscript to which the pictures belong. Here’s hoping that as I continue to sort our Archives that this manuscript will also come to light.
Written by Nancy Charley
Share: