‘Lucid and original; a veritable feast of interesting stories about Mt Sinai’s extraordinary past’

‘As a traveller and pilgrim to Sinai on numerous occasions and now a Trustee of the St Catherine’s Foundation, I greatly enjoyed George Manginis’s Mount Sinai and learnt much from it … The book is a learned and delightful compassion to God-trodden Sinai’

‘This book is an absolute mine of riches, reflection, and information … I would strongly encourage anyone to pay a visit to this remarkable place of history, holiness and tradition. I recommend this book highly.’

‘George Manginis has trawled archives and published accounts to create the biography of the mountain, telling the story of the devout, the scholars and the tourists who have helped shape its history. His book is likely to stand as the last word on one of the world’s most enduring places, unless an angel appears to tell the divine side of the story’

Mount Sinai examines the history of Hagia Koryphē (in Greek) and Jabal Mūsā (in Arabic): a mountain peak above the Monastery of St Catherine at South Sinai in Egypt. Known for centuries as the place where Moses received the Ten Commandments from God, as described in Exodus, the book explores the ways in which the landscape of the summit of Mount Sinai was experienced and transformed, using textual criticism, historical analysis, art history and, for the first time, archaeological interpretation. Beginning in the third century AD, when the identification of the Biblical ‘Mount Sinai’ was established, Mount Sinai extends through to the early twentieth century. Covering the natural environment, the Bedouin and early Christians, the importance of Mount Sinai in Muslim tradition, the cult of St Catherine, pilgrimage, as well as the scholarly, artistic and tourist phenomenon of the nineteenth century, Mount Sinai is a comprehensive and complete history of this remarkable place.

George Manginis has taught at the University of Edinburgh, SOAS – The University of London, the British Museum, the Benaki Museum in Athens and the New College of the Humanities in London. In 2013 he was a Stanley J Seeger Fellow at Princeton University. 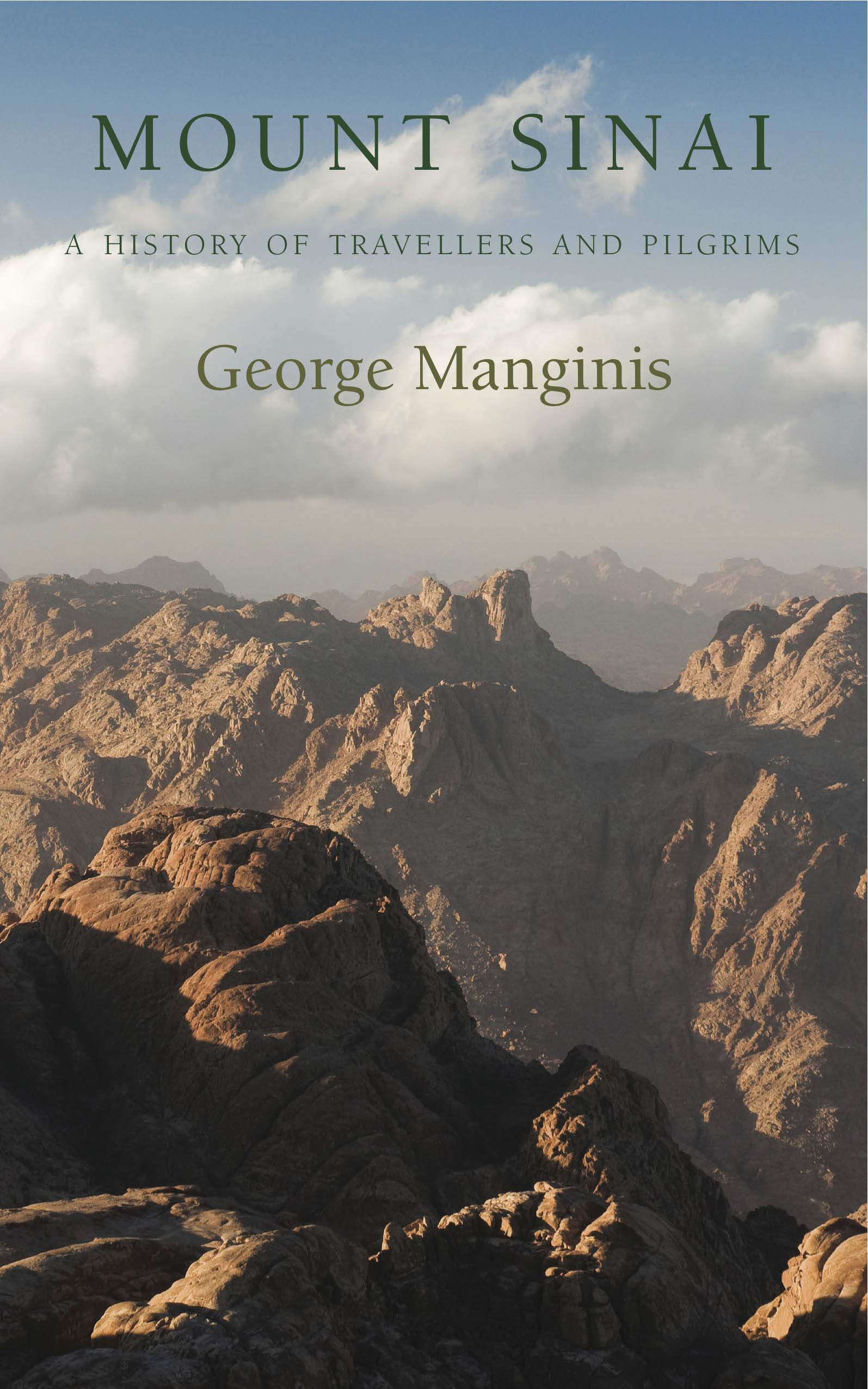