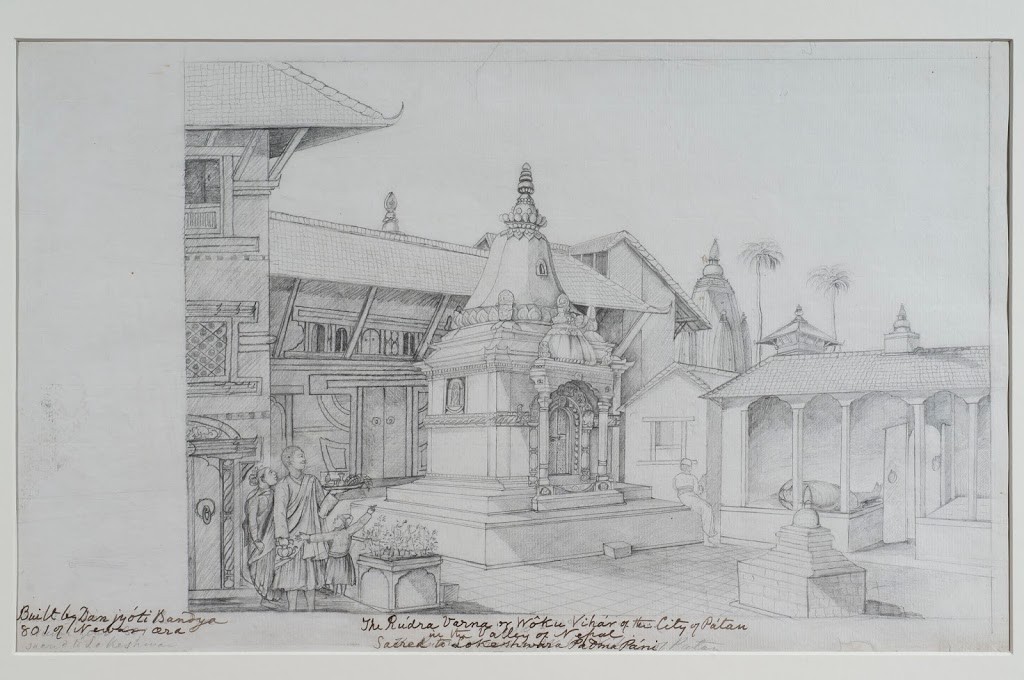 The RAS with the support of the Bagri Foundation are pleased to host “Updating Hodgson” – a study day on the work of Brian Houghton Hodgson. The event will be held at the Society, 14 Stephenson Way, London, NW1 2HD, on Saturday 26th September from 1pm to 7.30pm.

1.30-2.30: Exhibition of the Hodgson material in the RAS collections

We are delighted to have so many Hodgson experts to participate in the day and look forward to hearing about the latest research into this “Father of Himalayan Studies”.

The event is free for RAS Members and just £10 for non-members. All are welcome to attend the book launch in the evening at no charge when Charles Allen will speak about his new book. Here is an introduction to it:

“The Prisoner of Kathmandu: Brian Hodgson in Nepal 1820-43 tells the extraordinary story of Brian Hodgson, the ‘father of Himalayan studies’. Born in 1801, Hodgson joined the Bengal Civil Service as a privileged but sickly young man. Posted to Kathmandu as a junior political officer, he found himself isolated and trapped in a fiercely xenophobic mountain kingdom that seemed bent on making war on the increasingly powerful British East India Company. For twenty-three years Hodgson struggled to keep the two sides apart, only to be sacked for what was deemed to be political interference. Part of his legacy is the lasting peace and friendship between Britain and Nepal.

However, this is much more than a study of Hodgson’s role in the political relations between two countries. At its heart is the Orientalist movement driven by the European Enlightenment, which inspired young Britons like Hodgson to devote their free time to the study of various aspects of Asian culture. It led Brian Hodgson to undertake a pioneering study of Tibetan and Nepalese Buddhism, and to collect Buddhist manuscripts. His enquiries then widened to include the study of Nepal’s birds and mammals and, finally, the peoples of the Himalayas and Himalayan geography.

But Hodgson was also a key player in the great ideological struggle fought out in Calcutta in the 1830s between the Evangelicals and the Anglicists in alliance, bent on reshaping India along British lines, and the Orientalists and the Vernacularists, who joined forces with Bengali intellectuals to preserve the local culture.

Hodgson became a forgotten man in his own lifetime, his achievements overlooked by those who followed his trail. This book sets the record straight, revealing in the process a vulnerable individual who turned adversity to his advantage as the prisoner who learned to love his jail.”

We do hope that you will be able to join us for this excellent Study Day. to reserve a place please contact Amy Riach at ar@royalasiaticsociety.org or 0207 391 9422.